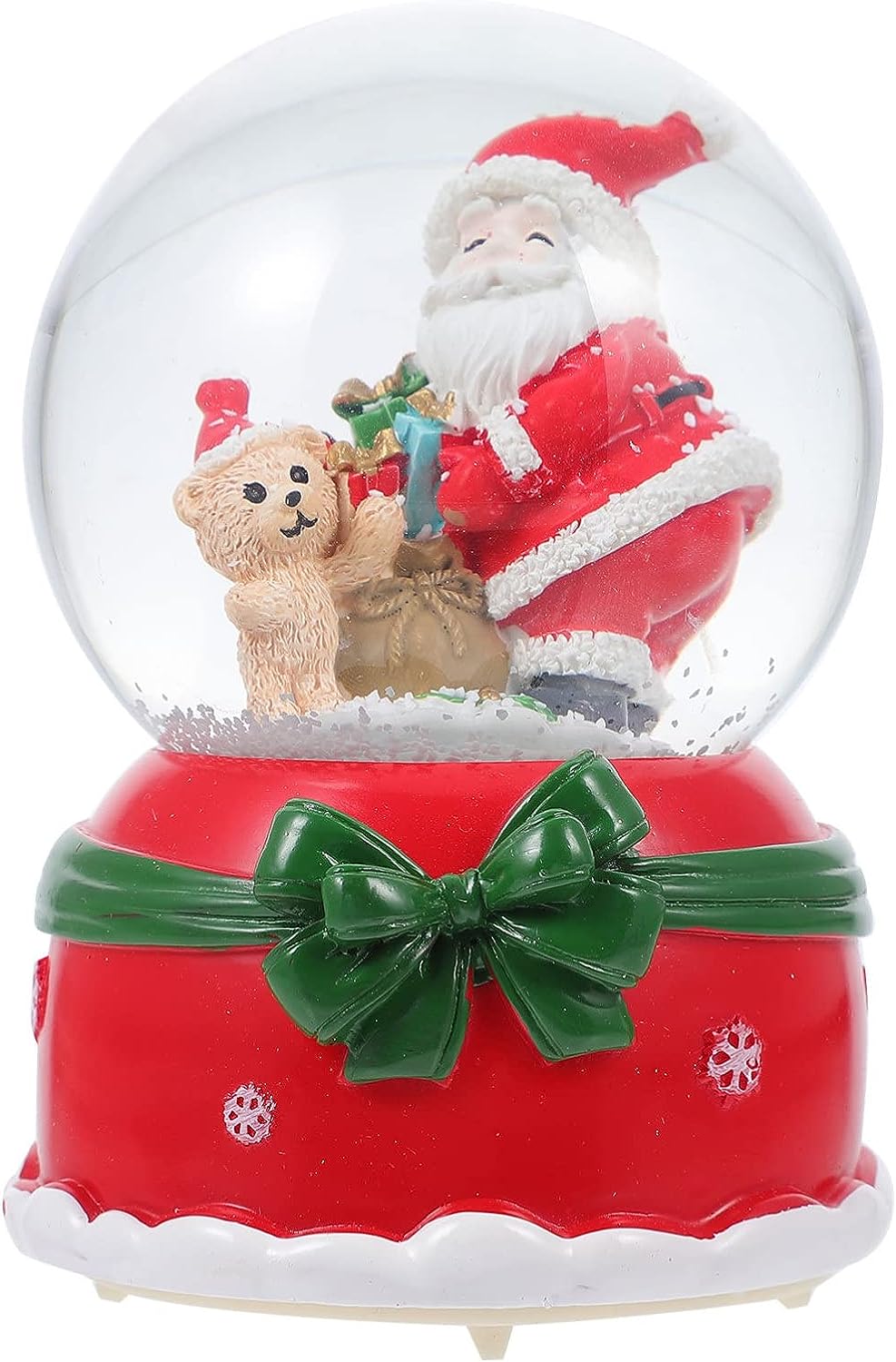 Adopting great quality material, which let you use for very long time. You can send it to your families and friends as gift, they will be happy. You can use it as photo prop to take some good pics. Charming music box is great decor for your home.

- Color: As shown;
- Material: Resin and crystal ball.
- Size: 12. 00X8. 00X8. 00 cm/ 4. 72X3. 14X3. 14 inch.
- made of good quality material, durable and safe, excellent and great, serving for long time.
- very charming and exquisite, luminous and beautiful, unique and special music crystal balls.
- Lightweight and delicate design, can be easily to take and put wherever you want to decorate.
- Wonderful and meaningful gift for your friend or family at birthday, holiday, festival and so on.
- Also can be small desktop decoration for your home, excellent and unique decorative effect.